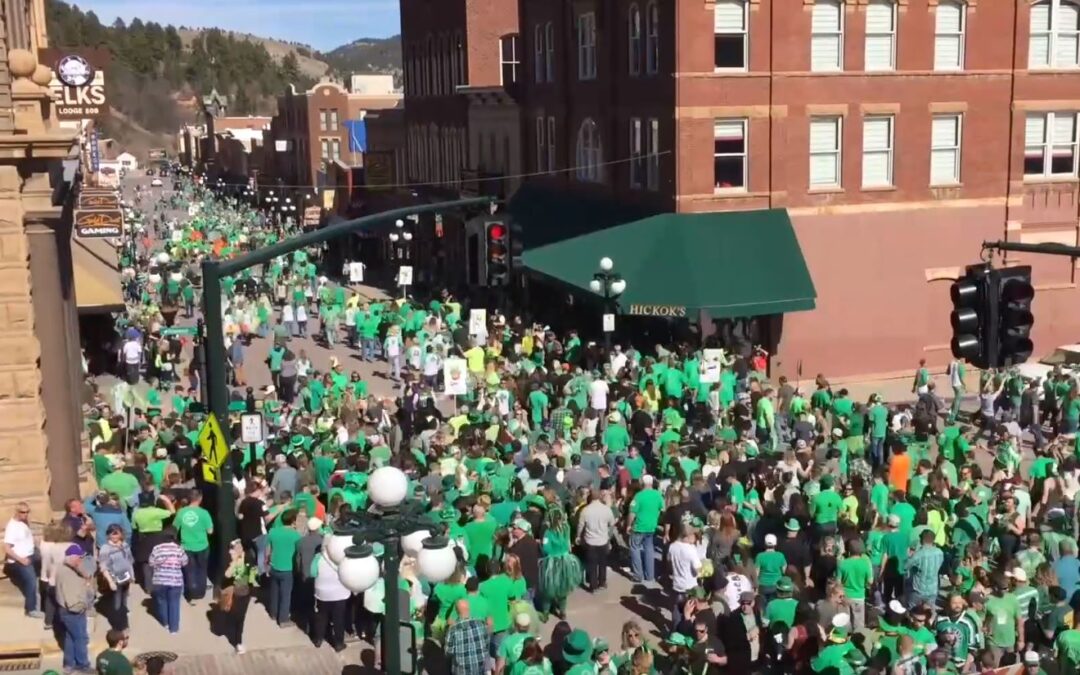 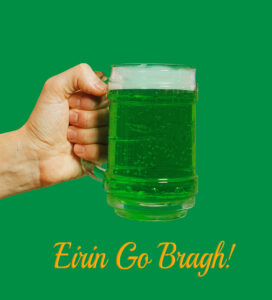 In the 400s AD, a Roman Catholic youth was captured from Roman Britain and made an Irish slave.  He escaped back to his family after about six years but on his journey home, he dreamed he had been tasked with bringing Christianity to Ireland.  He became a cleric, returned to Ireland, and is now known as their Patron Saint.  Although St. Patrick’s Day falls during Lent, the Irish put their Lenten prohibitions on hold, celebrating with gatherings, feasting and dancing.  These traditions have carried through to modern day; our entire country celebrates St. Patrick’s Day, and there are few places that celebrate harder than Deadwood.  Read on to learn why you should go green and spend St. Paddy’s Day weekend in the Wild West!

Just how did leprechauns come to be a symbol of St. Patrick’s Day?  The little elves have long been a part of Irish folklore.  According to legend, they can be a little cranky and prefer to live alone.  In their spare time, when they’re not playing pranks or granting wishes, leprechauns mend the shoes of Irish fairies.  The fairies then pay them in gold, which they horde and hide.  The rumor is if you catch a leprechaun, he must tell you where his hidden pot of gold lies; but they are tricky, and hide them at the end of the rainbow, which humans can never find.  Leprechauns became associated with St. Patrick’s Day during the late 50’s, when Disney released their movie “Darby O’Gill and the Little People.”  Deadwood’s Leprechaun Olympics celebrate Ireland’s little green mischief makers.  With events such as Shamrock Putting, Gold Coin Drop, and Irish Trike Ride, the Olympics are scheduled the day before the parade and pub crawl.

For Deadwood’s St. Paddy’s Day Celebrations, the city lifts its open container ordinance and lets the fun overflow onto the historic brick overlay of Main Street.  The parade usually begins around noon, and to participate, you should head over to Outlaw Square and purchase you PubPort.  This pass allows you to carry a regulation open container in the street; there are over 30 locations that participate, so as you make your way up and down Main Street, be sure to get your PubPort stamped at every venue. Bring it back to Outlaw Square by 5pm on Saturday for your chance to win over $5,000 in cash and prizes!

Even though St. Patrick’s Day is during Lent, history tells us that Christians in Ireland put their Lenten restrictions on hold to celebrate their patron Saint. The Irish people hosted huge feasts with plentiful food and beer.  And who doesn’t love green beer?  Well, really, true green beer is not something you would want to drink.  If you’re a beer brewer, green beer means that your beer is rough, or immature.  But if you’re a pub owner or bartender, you’ll want to Leprechaunize your beer; and that means turning it green. Light beers work best to turn green; just add some blue food dye!  Dark beers require a lot of dye to change the color, and that may change the flavor of the beer.

In order to make everyone’s stay as fun and enjoyable as possible, most of the venues in Deadwood offer specials on their hotel rooms, food, drinks, and most important, their gambling.  Check with our friendly Gold Country staff to see which slots or games have any special offers – if you’re a VIP, they may have other special perks for you, too!

As the Irish saying goes, may the road rise up to meet you, and may the wind always be at your back – and we hope it blows you all the way to Deadwood! 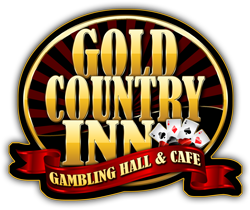